Four Mount Kenya counties were listed among the 22 regions whose residents are on the brink of starvation.

On Friday May 20, Gazette Notice listed Embu, Tharaka Nithi, Meru and Nyeri counties among the 22 counties whose residents have been affected by the severe drought that has ravaged parts of the country.

Undated picture of corn being stored in a warehouse

The Mount Kenya region is one of the richest agricultural zones in the country and plays a crucial role in securing Kenya’s food basket. However, insufficient rainfall and a prolonged dry season have left residents facing hunger and a possible acute famine if conditions don’t improve.

In the Gazette release, the government — through the Department of Gender Equality in Public Services, Senior Citizens’ Affairs and Special Programs — has formed committees to help draw up urgent plans to mitigate the effects of the drought in the 22 counties.

At the same time, the government has allowed imports of duty-free corn in an amount of 540,000 tons to solve shortages in the country and fight hunger in the listed counties.

“By the provisions of Section 20 Part B of Schedule Fifth of the Act, and as a result of notification by the Cabinet Secretary for Agriculture, Livestock and Co-operatives of an imminent corn crisis in the country, an exemption from import duties was granted for the importation of not more than 540,000 tons of whites , Non-Genetically Modified Organisms (Non-Genetically Modified) Corn Kernels Granted,” said Treasury CS, Ukur Yatani, in a statement.

In the notice, the government explained that the exemption from import duties applies to white non-GMO corn imported into Kenya on or before August 6, 2022, and that each shipment thereof must meet certain conditions.

Here are the conditions that importers must meet:

(c) The level of aflatoxins in each shipment of corn shall not exceed ten (10) parts per billion (ppb) as required by the Laws of Kenya and the Kenyan Standards (KS EAS2:2017) implemented by the Kenya Bureau of Standards and the Ministry are for public health of the Ministry of Health.

d) Imported maize shall be accompanied by a Certificate of Conformity issued by the Kenya Bureau of Standards. 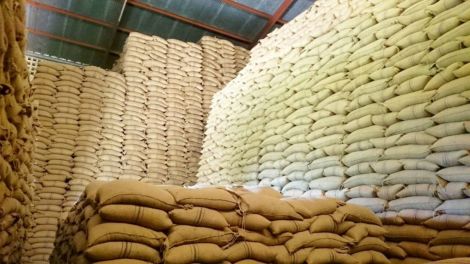 Sacks of corn at an NCPB depot.

(f) The imported corn must meet all other legal requirements under the relevant laws of Kenya.

Previous 10 books about Kenya by Kenyans
Next FICTION: WANDERLANDE – Newspaper