how African countries approach the challenge 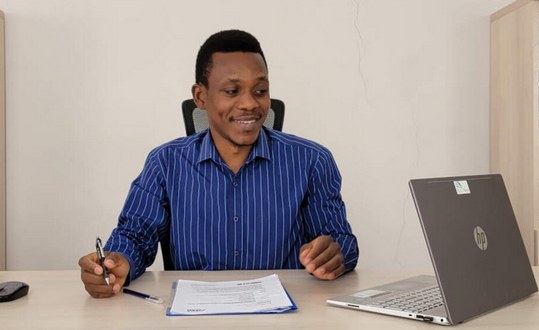 International Day of Education – From Kenya to Cameroon, students at the Nigerian institute find the root of Stem success

Inside Mudavadi’s closely guarded secret before the earthquake announcement

The COVID-19 pandemic has suffocated many sectors of the global economy. But it appears to have boosted the scammers’ business. Experts note that some scammers have taken advantage of the new opportunities presented by the pandemic economy and appear to be getting more sophisticated in their methods.

Many initiatives have been taken in recent years to combat and reduce various forms of fraud and other economic crime. But were these measures actually effective in containing fraud? Will the typical anti-fraud package stop the fraud pandemic?

We examined the main features of anti-fraud policies in several African countries. In the south we looked at Malawi, Botswana, South Africa and Zambia. In the east we covered Kenya, Rwanda, Tanzania and Madagascar and in the west Ghana, Nigeria and Sierra Leone.

We looked at the various fraud responses to identify the key dynamics and issues. We used online data from news agencies and reports on private company and government agency websites to analyze the characteristics of anti-fraud measures in 11 countries.

We noticed that a diverse package of measures had been introduced. We were able to identify 10 special features.

The first notable feature was a notable increase in anti-fraud agencies and inter-agency alliances and collaborations. This happened between government agencies, the government and the private sector, and sometimes civil society actors such as Consumer protection authorities also.

Agreements, letters of intent and partnerships were signed to encourage data collection and sharing, as well as knowledge sharing within and across borders, while bringing different actors together to fight the “common enemy”.

At the state level, new anti-fraud agencies, task forces, squads and networks were set up on a regular basis. One example was the Kenyan Police Department investigating insurance fraud. We also found that a number of regulators had been set up. This included competition and consumer protection authorities at national and regional level.

Second, consumer reach, engagement and “empowerment” played a major role. Education, awareness raising and awareness raising – also among economic actors – have emerged strongly here in order to make the fight against fraud popular. This was promoted by various actors. These include banks, insurance companies, private consultancies, international organizations such as the International Monetary Fund and aid organizations and NGOs. Regional organizations such as the Common Market for Eastern and Southern Africa were also involved.

Third, large-scale technology has been used extensively in anti-fraud activities. This was particularly the case with financial services and banks.

Technology has also been used to detect counterfeit or substandard products.

Fourth, anti-fraud efforts were regularly accompanied with rhetoric and language that conveyed a strong sense of concern and urgency. The vices of fraud (and corruption) were portrayed as “weeds” that needed to be “eradicated”. They were also referred to as a virus or disease in need of “eradication”.

Sometimes martial language was used, meaning that fraud had to be “fought” like an enemy.

Fifth, anti-fraud activities have regularly been political. Commitments to fight fraud in the election campaign. The rise or fall in fraud was used as a metric to determine whether politicians and officials were effective in their roles. At times, the measures are said to have been directed against political or economic opponents of the government. And some powerful economic actors have reportedly circumvented the regulations.

Sixth, corruption and internal struggles, conflicts, tensions and power struggles within and between government agencies charged with anti-fraud measures were also dealt with. One example was the Kenya Bureau of Standards. Several executives of the bureau have been accused of the transplant in recent years.

The seventh characteristic was that many anti-fraud activities were carried out by specialized for-profit private actors. They were therefore arguably shaped by business interests, competition for anti-fraud contracts, and the dynamism of industries and markets.

We also found that international companies specializing in regulations and standards often played a role. Such commercially minded actors have been particularly active in promoting the dissemination of anti-fraud measures.

Eighth: Arrest, seizure and destruction of property have been widespread in reports of anti-fraud activities.

Ninth, we found a prevalence of anti-fraud measures to increase tax revenues and prevent illicit financial flows. Various initiatives emphasized the need to increase compliance. Occasionally we found tension in efforts to create an “enabling” business environment to attract foreign investment – such as low taxes – and called for national tax bases to be protected.

We noted that there was international cooperation and participation of civil society actors in efforts to combat tax evasion and cross-border money laundering. One example is the Tax Justice Network.

Tenth, civil society actors appeared to play limited or no role in various anti-fraud coalitions. In some cases, however, they seemed to play a bigger role. One example was consumer protection agencies.

One challenge we identified was how to initiate and maintain anti-fraud measures for reasons beyond an interest in simply fighting fraud. This included commercial interests of specialized anti-fraud firms. These were often global companies. Other interests at stake included governments using anti-fraud platforms to seek legitimacy or government agencies seeking government funding and new areas of activity and revenue streams.

In addition, we have sometimes encountered criticism of the design, costs, bureaucracy and the impracticability of the measures. There were also concerns about the clumsy manner in which some measures were implemented. There were allegations about:

At present, anti-fraud measures appear to be largely a matter between government and business (including business associations) and consumers. Consumers are mostly on the ‘receiving’ end of anti-fraud measures. They are regularly encouraged to take on their role, for example by calling an anti-fraud hotline, checking the goods they have purchased and not contributing to promoting fraud. Aid agencies also played a key role in some anti-fraud cases.

Anti-fraud measures are usually initiated and designed by powerful actors. This includes large corporations, especially transnational corporations, and not grassroots or activist organizations. They are inconsistent across sectors (for example, the financial sector receives a lot of attention) and they appear to have become a vehicle for business and income generation in themselves.

It is important to recognize that some measures are sure to have a positive impact and that different agencies are making efforts to address internal and other shortcomings and thereby improve the effectiveness of the measures. But the question remains: How can countries significantly curb “irregularities” in situations where the irregular is widespread, routine, and institutionalized? And the prevailing agendas and pressures of the day – such as economic growth, profit, and commercialization – are very conducive to fraud.

Nataliya Mykhalchenko is an intern at the United Nations Population Fund. The views expressed in the article are their own.

Previous Raila introduces ODM in new 2022 strategy
Next Kenya’s economy is partially recovering, but uncertainty remains high and the outlook depends on the COVID-19 vaccination campaign

National and regional governments are committed to working with intergovernmental organizations, farmers and private stakeholders …