Nearly 30 days before the August 9 election, Azimio La Umoja and the Kenya Kwanza alliance are devising last-minute tactics to outdo each other in both the campaign and elections.

In an unprecedented move, coalition members have played Ruto’s soundbytes, depicting him vacillating and changing stance on crucial issues affecting voters in a particular region.

The deputy president during a past event, the United Democratic Alliance, has been the subject of discussions after its audio clip was leaked.

In the first video, Ruto could be heard dismissing claims that the state was planning to move the port from Mombasa to Naivasha in 2017.

Ruto, then enjoying power, downplayed the possibility of moving operations to Naivasha, arguing that moving the sea to Naivasha was not logical.

In the second video, recorded in 2022, Ruto could be heard promising voters on the coast that he would bring operations back to the port of Mombasa to create more jobs in the area.

The DP apparently countered his own words to woo voters after falling out with his boss, President Uhuru Kenyatta.

In the second case, Suna East MP Junet Mohammed played another malicious audio clip of William Ruto while speaking at a rally in Homa Bay County on Sunday, July 3.

The controversial audio was linked to the DP confessed that he almost beat President Uhuru Kenyatta in 2017. The audio clip drew mixed reactions across the mainstream and social media platforms.

However, Ruto and his brigade took a leaf from William Benoit’s Image Restoration Theory to hit back at Azimio’s politicians while aiming to reverse the negative publicity to Ruto’s advantage.

The theory outlines strategies that can be used to restore one’s image in the event of a reputation-damaging event. Ruto and his allies resorted to portraying Uhuru as a supposedly weak leader who needed to be pushed to remain in power. 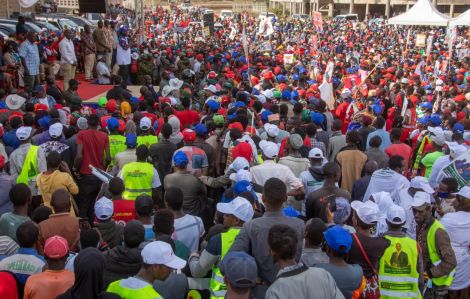 Ruto, his running mate Rigathi Gachagua, and Tharaka Nithi Senator Kithure Kindiki claimed that Uhuru opposed the rerun of the general election and wanted to retire early after only one term.

“They are now secretly recording and sharing everything about Ruto shoving the President. Did you want us to allow him to leave the place when we wake up at 5am? ‘ William Ruto wondered.

Kithure further claimed that in 2013 Uhuru wanted to hand over his candidacy to Amani National Congress (ANC) party leader Musalia Mudavadi. The attorney claimed he shredded the documents Uhuru signed to relinquish power in 2013.

However, the president has repeatedly contradicted the narratives, saying he was determined to promote peace by any means necessary, even if it meant sharing power with opposition leader Raila Odinga.

Uhuru stated that he was troubled by the tensions ahead of the 2017 general election and consulted with Ruto prior to the handshake between him and Raila. The DP, Uhuru claimed, opposed the move that ultimately led to her fallout.

The President also lashed out at DP’s duplicity, calling him a hypocrite. Ruto, he said, would criticize the government at one point and later enjoy its successes.

“We either have to work together or we don’t. If they feel the government is favorable to them, they should work with us, but if they distance themselves, then let them resign,” the president added a day later. 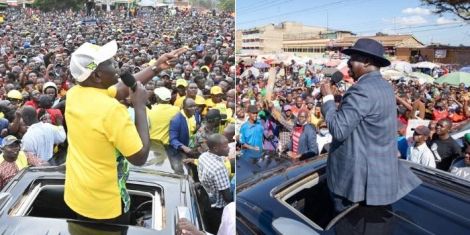