Jonathan Leakey: The man who shaped millions of snake farms in Kenya

Sonia Martinez June 11, 2022 Kenya Comments Off on Jonathan Leakey: The man who shaped millions of snake farms in Kenya 28 Views

Jonathan Leakey is credited with introducing the lucrative snake breeding business to Kenya. Most publications, both local and international, have described him as the father of snake breeding in Kenya.

He made a fortune hunting and selling rare viper snakes to many companies in Europe and parts of South America.

Preliminary reports before the government imposed restrictions on snake farming suggested the rare vipers were selling for nearly Ksh10,000 apiece in South America and China.

Among the most desirable were the Horned Viper (Bitis Worthingtoni) and the Mt. Kenya Bush Viper or Ashes Viper (Atheris desaixi). Venom is extracted for chronic disease research and drug development and manufacture of anti-venom medicines.

File photo of tourists visiting a snake farm in Baringo

Leakey is credited with founding the country’s first snake farm. The son of Louis Leakey and Mary Leakey, he decided to hunt snakes and supplied venoms to South African and US antivenom manufacturing companies.

He founded the Nairobi Snake Park in 1961 and was its first curator. After that, Leakey settled in Baringo, where he started his own snake farm in the 1970s.

In 1990 he hired his father to work on his snake farm in Baringo. His father worked for him until 2001, when he also started his own farm.

But Leakey, who was always out running various errands, decided to close down his own farm. He was already an established snake farmer.

In 2003, the government raided and confiscated all of his father’s snake collections. He was also imprisoned for nine days, forcing the family empire to collapse.

Before venturing into snake breeding, at the age of 26, Leakey found the fossil remains of a 10-year-old Homo habilis child in the Olduvai Gorge, Tanzania, then nicknamed Jonny’s Child.

Leakey died on July 12, 2021 and was cremated on July 28 at a private ceremony in Nairobi, leaving behind a rich history in snake breeding. Coincidentally, one of his closest allies who helped him breed snakes, Nankorot Ewoi, died 12 days later.

His ally’s funeral made headlines after a wild, two-meter-long python slithered into the family compound and went straight to his grave and later his home.

While the two remain the fathers of snake farming in Kenya and have reportedly made millions, recent comments by Roots Party presidential candidate George Luchiri Wajackoyah have reignited debate about this unique form of farming.

Wajackoyah pledged to revive snake farming and raise over Ksh84 billion, which will be used to repay Kenya’s foreign debt.

At the moment, snake breeding is restricted. Kenya Wildlife Services (KWS) grants licenses to people who are willing to get involved in this business. 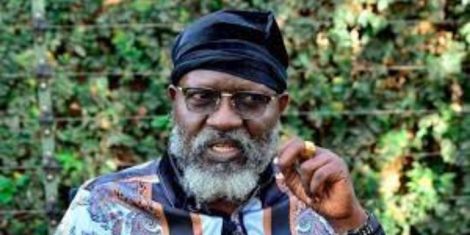 Presidential hopeful Prof. George Wajackoyah addresses reporters from the nation at his office in Karen on February 17, 2022

Previous ICG: Kenya’s August 9 elections could be contested
Next Jurassic World Dominion: Why DeWanda Wise’s Kayla Watts is the best character in the trilogy and how she should return