Preparations for Kenyan elections, like the August 9, 2022 general election, come with a sense of foreboding for aspiring politicians and their staff. Winning an election may be the goal, but threats, kidnapping, assault and even death are not excluded.

Recently, Kisii politician Thomas Okari was found dead from stab wounds at his home in Kisii County near Lake Victoria. Across the country, in Mombasa, United Democratic Alliance member and local politician Ali Mwatsahu survived an attack when unidentified gunmen fired bullets at his vehicle. Mwatsahu is running for parliament in Mvita, a hotly contested seat in the coastal city.

But it’s not just local politicians who are being targeted. In 2017, the Independent Electoral and Boundaries Commission’s ICT manager, Chris Msando, was tortured and strangled. His remains were found in Maguga Forest in Kiambu County.

According to Kibabii University political scientist Brian Wanyama Singoro, even presidential candidates are not out of the woods, pointing to a recent incident in which rioting youths threw stones at opposition leader Raila Odinga’s helicopter.

“The security authorities and the government got very involved,” Wanyama told DW.

“They arrested the perpetrators. The next day [Deputy President] William Ruto apologized on behalf of his people [supporters] because this incident happened in his political stronghold. If this incident had been ignored, I am very sure it would provoke a lot of revenge from Raila Odinga’s followers.”

In the 2022 elections, two Kenyan loyalists are fighting for the country’s top office. Vice President William Ruto faces opposition leader Raila Odinga. But outgoing President Uhuru Kenyatta has fired his deputy for reasons of loyalty and has lined up behind opposition leader Odinga to succeed him. This election would be the fifth time Raila Odinga has run for the presidency.

Historically, Kenya‘s multiparty elections have not always run smoothly. The 2007-2008 general election between incumbent Mwai Kibaki and Raila Odinga ended in chaos, ushering in one of the darkest chapters in the country’s political history since independence in 1963. Post-election violence claimed the lives of more than 1,300 people and displaced 600,000.

Joyce Chepkemoi, 39, narrowly survived the 2007 election after she and her husband were brutally attacked and mutilated by a machete-wielding mob. Her husband was killed. Chepkemoi recalled that she was injured so badly that she was presumed dead and regained consciousness in a morgue:

“I will not vote again in Kenya’s elections. I am against tribalism, elections, violence and protests. I especially urge youth not to be violent in the elections, as we saw in 2007. Whoever is in power, let them rule, let’s just be at peace with our children,” she told DW.

Gladys Muchiri, 29, who runs her own small business, witnessed the 2017 elections in Kisumu County. She believes politicians tend to exploit ethnic divisions: “We all know that Kenya’s elections are tribal,” she said, adding that leaders of Kenya’s ethnic diversity are abusing it by “using the technique of divide and rule.” .

However, Kenyan political expert and cartoonist Patrick Gathara argues that he is optimistic there will be less violence as a new leader will be in power this year.

No incumbent, no problem

“I don’t expect anything on the order of 2007/2008,” Gathara told DW, adding: “The state is the number one violent criminal in elections. It’s not just politicians who take to the streets and rush people.” .”

He said police killed the vast majority of people in 2007. “And if the state doesn’t have as much of a stake, there’s a lot less incentive for people to shoot people.” 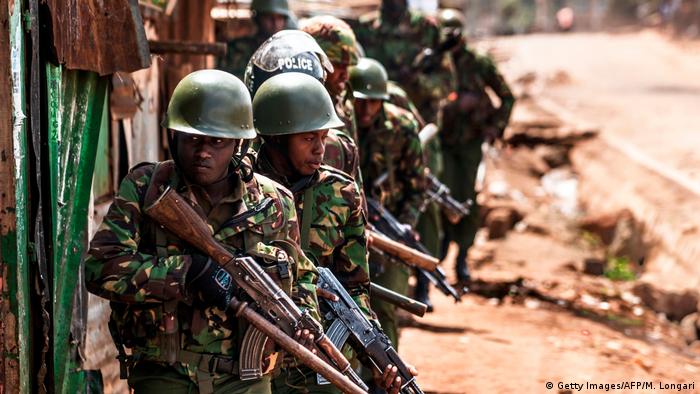 Human Rights Watch also called the Kenyan police with impunity. The human rights organization sees this as a cause for concern in the East African country, noting that the numerous cases of abuse, including killings, by security forces remain unpunished.

Ironically, according to Gathara, this dynamic could help reduce electoral violence perpetrated by security forces.

“When there’s no incumbent, the state tries to hedge their bets because they’re not sure who’s going to step in next. It could be Odinga, it could be Ruto. They don’t want to be on the wrong side of this historical divide.”

Improved independence of the judiciary

Wanyama also cites the state of the Kenyan courts as a reason for optimism.

“We also saw the independence of the Supreme Court,” he told DW, citing the court’s opposition to President Kenyatta’s Building Bridges Initiative (BBI), which was seen as a blow to the ruling elite. He argued that no group would influence the court, which had boosted the confidence of ordinary Kenyans.

“Our hope is that unlike 2007 and the other years when the courts were easily manipulated by the government, the court will do a good job. It looks like things have changed now and everyone has to play along.” 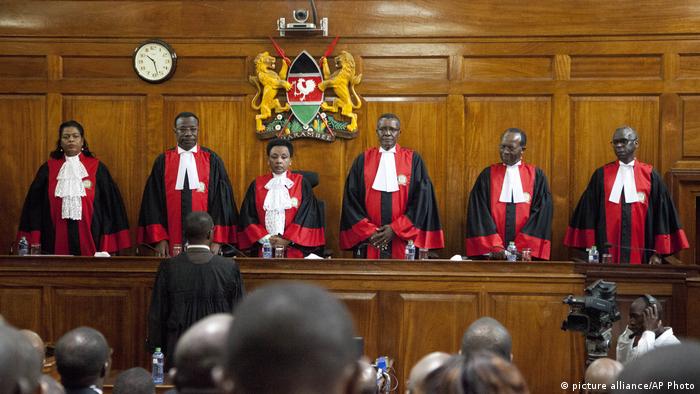 “Claims are often made to attract attention and to excite differences and problems,” he says. However, Gathara added that the problem in terms of occurrence and seriousness is greater at the local political level than at the national level.

Wanyama also points out that acts of violence against politicians have the opposite effect, “galvanizing” support for the opponent.

“Unfortunately, some of our politicians have perfected the art of using violence to their advantage. It does not create unity, it only helps create divisions that are not healthy for any of our citizens.”

Still, Nairobi residents like 35-year-old Jay Maina, who lives in an informal settlement, are already skeptical about the coming months. Many Kenyans leave urban areas at election time. Worried, he told DW: “Before the elections, there is tension, panic. There could be intimidation, so people have tried to return to their ancestral homeland.”

Andrew Wasike in Nairobi contributed to this article.