Runners take part in the Nairobi City Marathon in Nairobi, Kenya, May 8, 2022. /Xinhua

Runners take part in the Nairobi City Marathon in Nairobi, Kenya, May 8, 2022. /Xinhua

The richest event in Africa saw 10,000 runners tackle the route along the Nairobi Expressway.

In the men’s marathon, Misoi led a Kenyan victory over the podium as he recovered from a fall at the start and sprinted ahead of his challengers before finishing the course in 2:08:30.

His late-race climb put him on the tape ahead of Richard Rop, who finished second in 2:09:17, while Daniel Yator finished the podium in 2:10:15.

“After running for about 54 minutes, I felt strong enough to pick up the pace and I did so to win today,” said Misoi, who won the 2018 Athens Marathon title.

While the men’s race delivered a three-way battle for victory, the women’s full marathon witnessed a solo demolition job from Barsosio, who pounded the track almost unchallenged before stopping the timer in 2:24:45 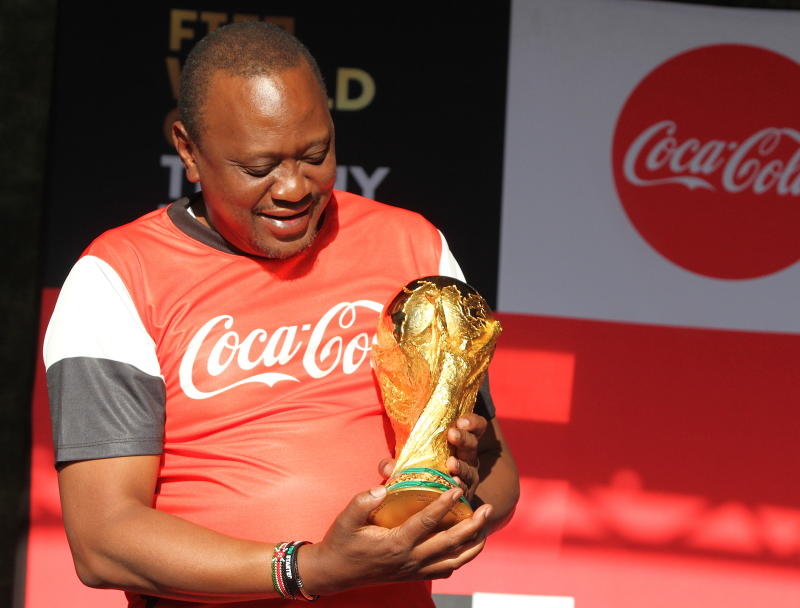 President Uhuru Kenyatta at the presentation of the World Cup trophy on February 26, 2018. …