A man grimaces in pain while being evacuated as Kenyan security forces intervene following a stampede at the entrance of the Moi International Sports Center Kasarani in Nairobi, Kenya on Tuesday. AFP

Several people were injured on Tuesday when crowds tried to enter the stadium where Kenyan President-elect William Ruto is to be sworn in, local media reported.

TV footage showed hundreds of people scaling a wall to gain access to Nairobi’s 60,000-seat Kasarani Stadium, which was packed with spectators before dawn.

Dozens of people fall on top of each other in a crush at a front gate as first responders carry people to a waiting ambulance. 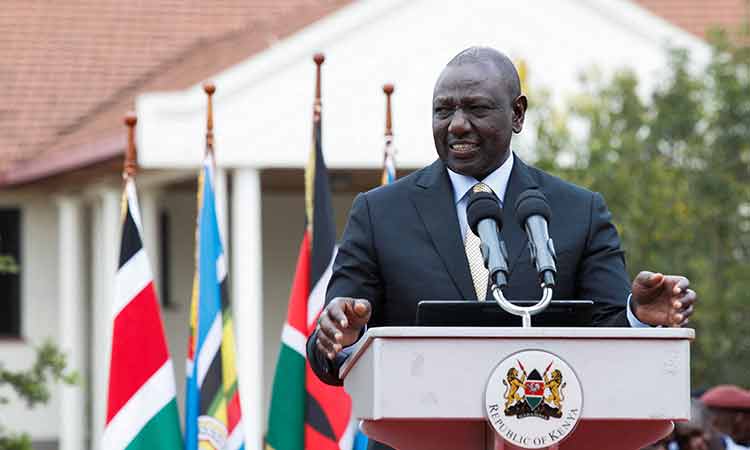 Police spokesman Bruno Shioso said the stadium was full to capacity by 5 a.m. (0200 GMT) and urged Kenyans to watch proceedings from their homes.

“Kenyans thronged to the venue in large numbers, expecting to be part of the story,” Shioso said in a statement.

“To avoid logistical challenges, the public is urged to make alternative arrangements to view the procedure, particularly from the comfort of their own homes.”

According to the law, Ruto must take the oath of office by 2:00 p.m. (1100 GMT) Tuesday, exactly five weeks to the day since the August 9 elections in which he clinched a narrow victory over rival Raila Odinga.